EdCampUSA- The US Department of Education meets EdCamp!

One of my tweets from the day read something like, "What if you had an EdCamp and the US Secretary of Education was there... Wait, that happened today." 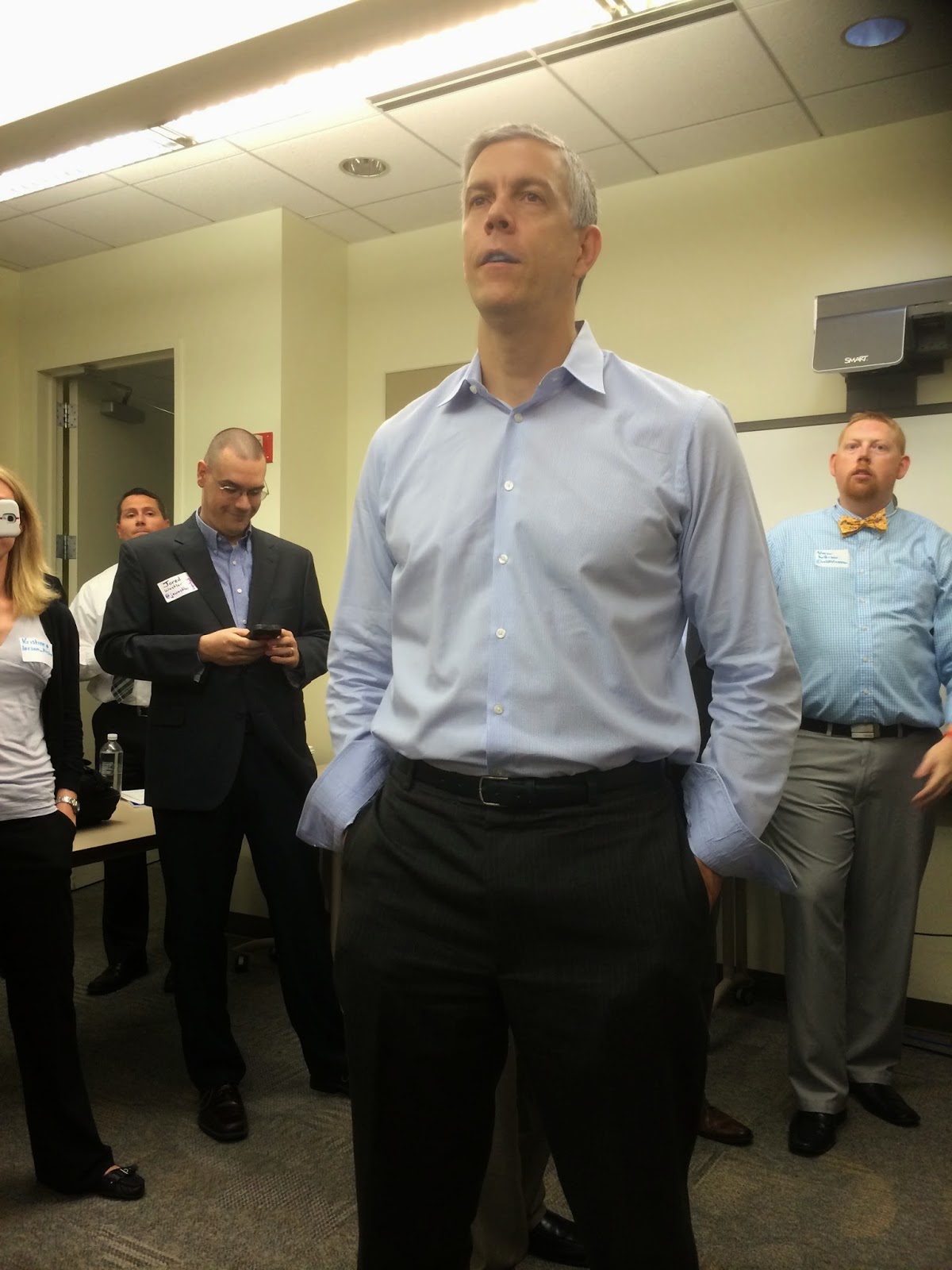 I am still a little amazed that I was able to be at the Department of Education for EdCampUSA on Friday. The energy in the room as the educators and DOE officials gathered was electric and the day ended the same way with a charged call to action and promises not to let the conversation end. Special thanks to Emily Davis for helping the EdCamp faithful in the door. After only 5 years, well less than 5 actually, EdCamp has become a sort of movement, personal professional development for teachers rooted in conversations not sit and get! The first EdCamp was held in 2010 in Philadelphia, that was my first experience of learning via conversation.

I am staggered to think I was in the same room (and not a very large room) with Arne Duncan, the US Secretary of Education. As I was adding the session that I was presenting with Carolyn Foote (@technolibrary), Mr. Duncan walked in to look over the board. There is not set agenda for an EdCamp, the participants put together the board by being willing to lead the conversation for one of the sessions. Carolyn and I have been following each other on Twitter for years but this was the first time that we actually met in person. Carolyn is the district librarian and the high school librarian at Westlake High School in Austin, Texas. I was invigorated by our conversations about digital and physical library workspaces. And we both were impressed by Paul Bogush’s “Doesn’t Feel Like School”classroom.

I felt awed to be in the presence of the people who were in attendance. I at times feel like an imposter when I am in the presence of these bulwarks of education.  I definitely was not even close to being as smart as anyone in the room. Yet, many of the best and brightest (even those in attendance) have left education. One of the deep conversations revolved around their departure and the departure of a majority of teachers after just 5 years of service.  Teacher burnout is a real problem. It takes thick skin to be a teacher these days and it was remarkable that we were having these conversations with the Department of Education as well as with at least one representative from the Department of Defense Dependent Schools (where my own children attended from Kindergarten through 8th grade when we were living in Germany).

My most significant takeaway from EdCampUSA on Friday at the Department of Education was a call to action and validation. It’s not enough to go to EdCamps and conferences and change things within just my own classroom or library. The term “long tail” was heard over and over in conversations, “let this be the beginning and not the end”.  So, in the light of that I am going to sit down with my principal and suggest one of the very things I mentioned during EdCampUSA, that we highlight one teacher’s work each week at our faculty meetings. Give teachers recognition for the great work they are doing. It seemed like a normal suggestion to me, a no-brainer. I didn’t think anything of it until I noticed that principal (or as he calls himself, “Chief Learner in Charge”) Joe Mazza from the North Penn School District in Lansdale, PA tweeted out my suggestion in his Twitter feed. What validation. Every teacher needs to feel that validation and maybe the Department of Education heard that message too and the conversation won’t end here. 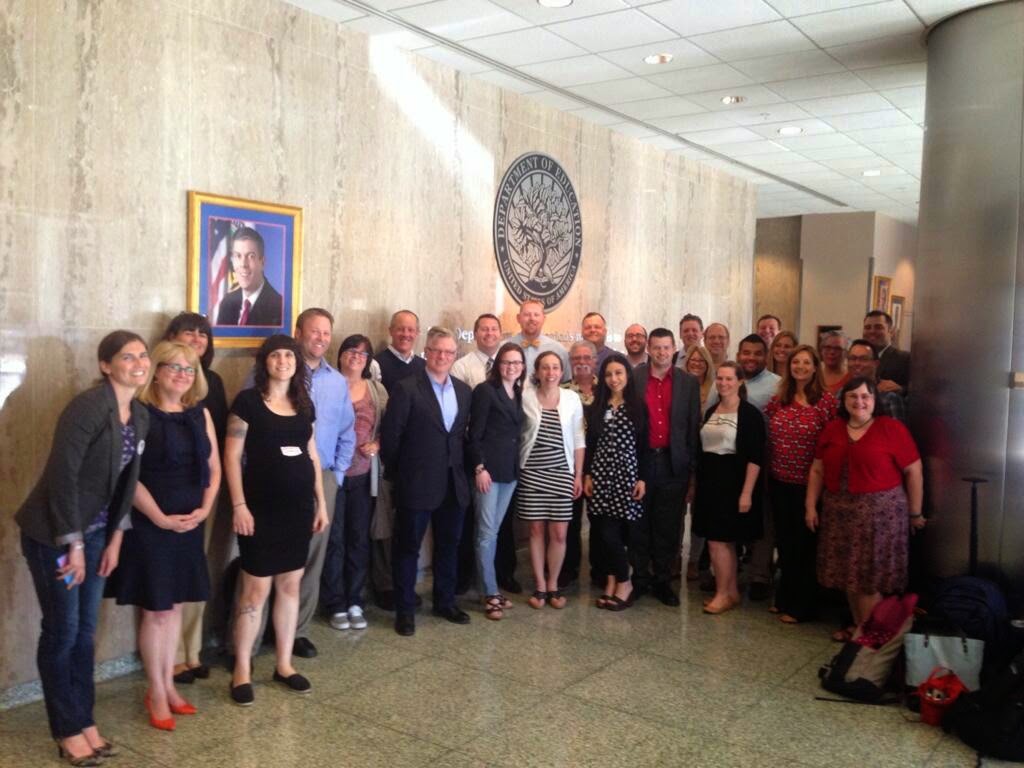 If you would like to see notes from each session of EdCampUSA click here.
Posted by Congerjan at 1:23 AM